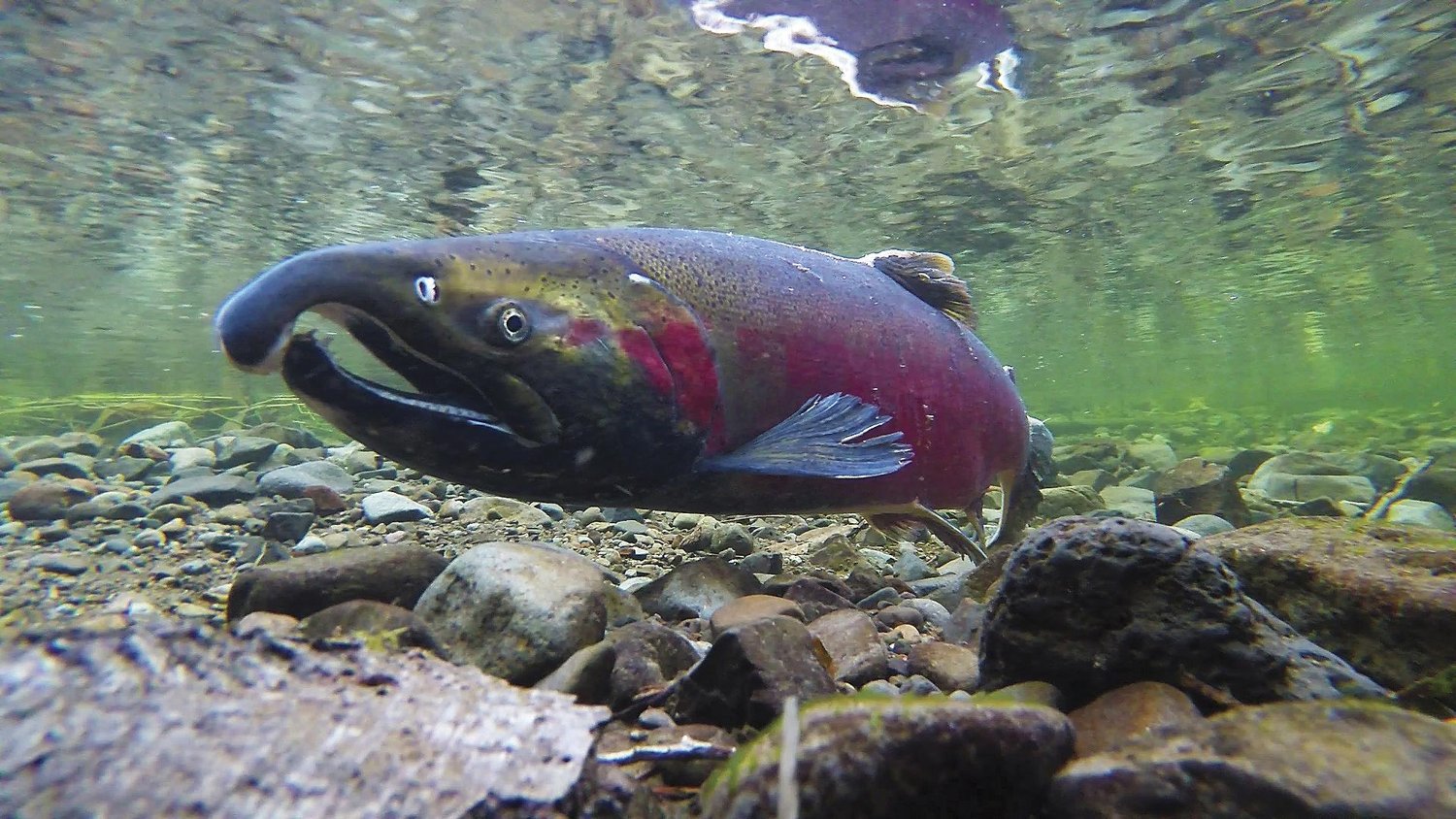 The Ship Canal Bridge is a double-deck steel truss that looms nearly two hundred feet above Portage Bay, between Lake Washington and Lake Union in Seattle. More than 200,000 cars pass over this bridge every day, as they have for fifty years, whipping north or south along the twelve lanes that make up Interstate 5. Stand under the bridge at North Passage Point Park, on the shore of Portage Bay, and you can hear the surging hum of all those tires as they whoosh far above you. And if you happen to be in the park during one of the region’s many rainstorms—even one that seems brief and light—you can watch veils of water cascade from the bridge overhead into the bay below. Below your feet, meanwhile, you hear rushing water as it gathers from thousands of acres of Green Lake, Aurora, and north Seattle streets, consolidated into a single pipe that dumps it, untreated, into the canal.

That stormwater, scientists now know, is full of toxic chemicals. But one in particular has caught their attention: N-(1,3-dimethylbutyl)-N′-phenyl-p-phenylenediamine; or, as it’s called in shorthand, 6PPD-quinone. An industrial chemical, 6PPD-quinone is used as an antioxidant in rubber tires. Every time a car or truck drives, friction causes tiny bits of tire to flake off onto the road. Those bits and all the toxins they contain—including 6PPD-quinone—lie there until stormwater picks them up and carries them away as runoff to the nearest stream, creek, lake, or river.

The monkeypox virus is mutating. Are scientists worried?