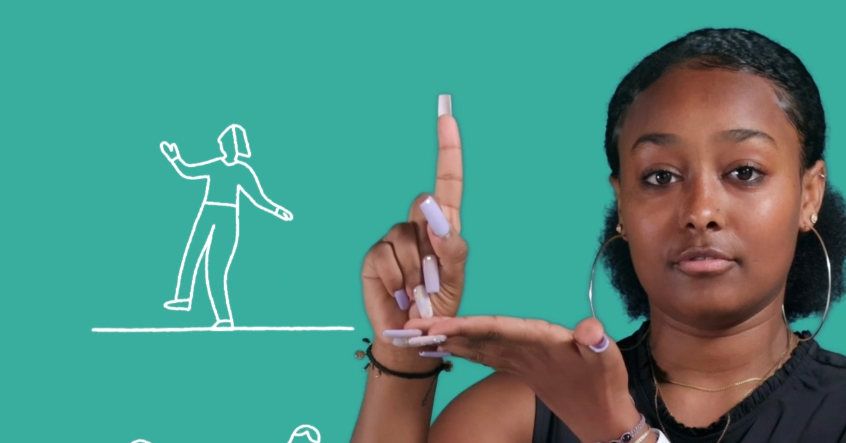 On a train ride from New York to Connecticut last fall, my colleague Amanda Morris and her mother were having a conversation in American Sign Language. A man sitting near them saw them signing to each other and decided to join their conversation.

Like Amanda, he was a child of deaf adults who grew up using ASL at home and speaking English elsewhere. And he noticed a trait of Amanda’s: She signed like somebody who was much older than she was. He began gently teasing her about it, saying she was using signs that had fallen out of fashion.

He had gone through a similar experience, he said, when he went through training to become an interpreter. During that training, he learned that some of his signs — ones he had learned from his parents — were out of date.

The experience inspired Amanda, who is hard of hearing, to take an ASL class, and she noticed the same pattern. “I saw a lot of differences between how my young Deaf teacher signed and how my parents sign,” she told me. In those differences, Amanda recognized that there was a story to tell, and The Times has just published it.

The article documents the changes sweeping across ASL. Many are the result of the spread of smartphones and video, which have led to a flowering of ASL conversations, many of them remote. “In the past, ASL was changing in a more face-to-face way,” Amanda said. “Now a word can spread like wildfire on TikTok, and it never could have happened before.”

From cross to boot

An old sign for computer, to take one example, involved large circular motions to evoke the magnetic tapes that once stored data; a new sign combines the letter C with a small circular motion that’s a throwback to the old sign. As is often the case, the new sign is more compact — and thus fully visible on a phone’s tight video shot.

Change is obviously a part of every language. Merriam-Webster has added hundreds of new entries to its English dictionary in recent years, including super-spreader, horchata, woke and dad bod. But ASL does have a couple of qualities that can cause change to happen rapidly.

Most ASL users, unlike Amanda, did not learn the language from their parents. (More than 90 percent of deaf people have hearing parents.) People instead tend to learn the language through classes and their peers. School curriculums and slang can both change more quickly than language habits handed down from one generation to the next.

The number of ASL speakers is also relatively small, Amanda notes — with 500,000 being a common estimate. This smallness can contribute to faster change.

As in other languages, though, the changes are often matters of debate. MJ Bienvenu, a retired Deaf studies professor in Austin, Texas, said that she found many of the new signs nonsensical. “I feel like many people don’t realize that they bastardize ASL, and it harms more than it helps,” Bienvenu told Amanda.

As for Amanda’s mother, she is taking the changes on a case-by-case basis. When Amanda told her yesterday that the article inspired by their train ride was about to be published, her mother said that she planned to switch to some of the new signs, but not all of them.

Read the article — and learn about the changes to the signs for dog, phone, parents and privilege.

The summer of Barbie

The color of the season is pink. The inspiration: Barbie.

It started with the high-fashion world. During Paris Fashion Week, Valentino debuted a pink collection, and in Rome this month, Anne Hathaway attended his show in a hot-pink sequined dress. Lizzo, Lil Nas X, Kim Kardashian and other celebrities have also been spotted in pink.

The trend, dubbed “Barbiecore,” is also popular among Millennials and Gen Z. As the website Who What Wear put it: “Yes, the dolls you played with as a child are leading the sartorial charge right now. Talk about a true nostalgic revival.”

Then there’s the live-action Barbie movie that comes out next year, starring Margot Robbie as Barbie and Ryan Gosling as Ken. Photos of the actors rollerblading in extremely bright outfits have been hard to miss on social media.

For more: Vogue has Barbie’s looks through the years.

Probing 4 Indian Cough Syrups After 66 Children Die In Gambia: WHO