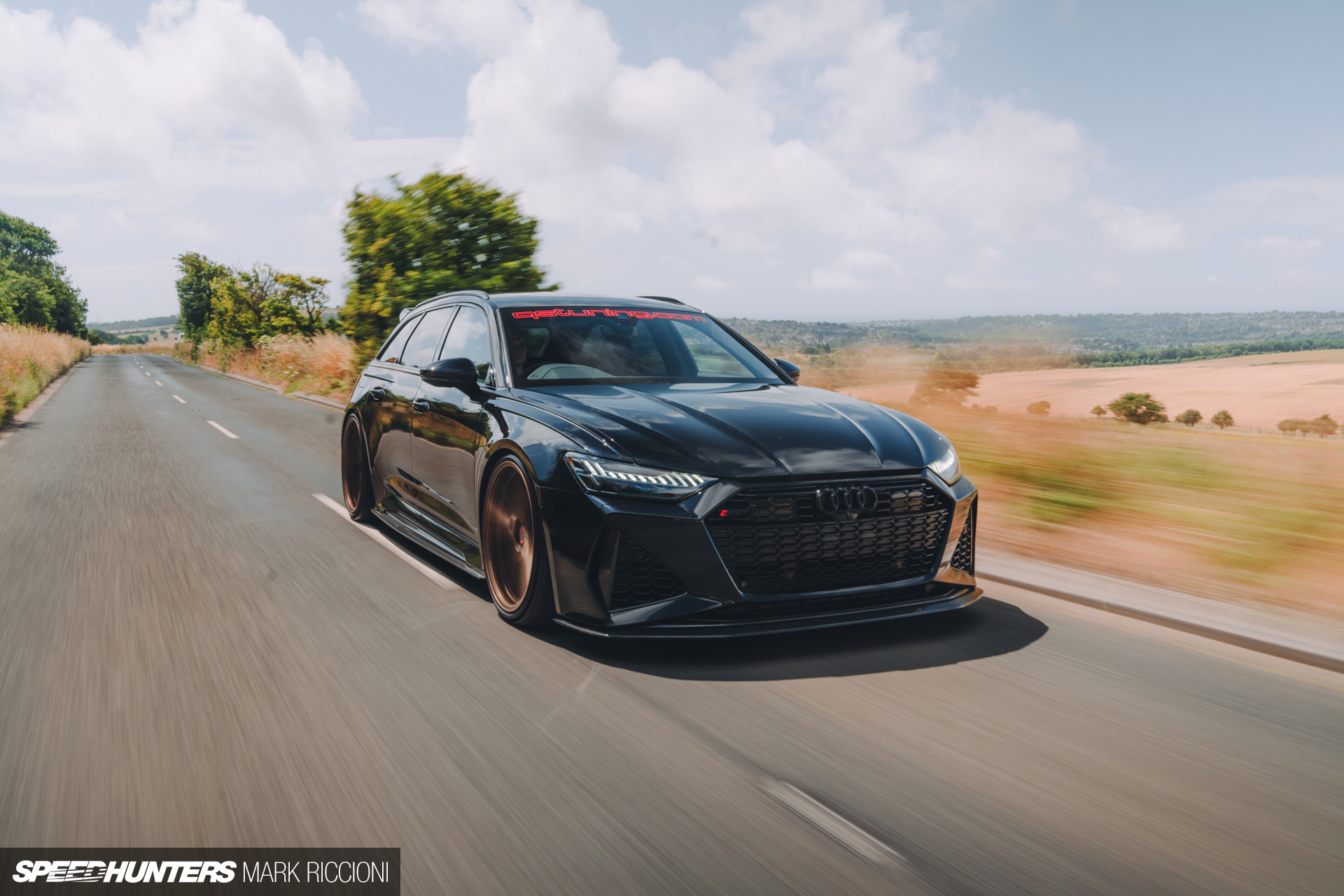 All You Ever Need

Things are absolutely out of control, and there are plenty among us who have no appreciation for it.

Can you imagine the reaction of someone in the 1960s or ’70s, if you told them that we would have 800+hp estate cars with factory internals and turbochargers which can accelerate from 100-200km/h in about five seconds? The idea of this even today is absurd, so I can’t imagine how anyone could have got their head around this back then. They might have thought we would have flying cars in 2022, but probably not these rocket-ships.

This is the QSTuning C8 Audi RS 6 Avant, and it’s maybe one of the most perfect modified vehicles on the planet.

As a long time lover of fast wagons, I would say that of course. For as long as I can remember, I’ve always regarded the RS 6 Avant as the perfect production car. To the average road user, it’s just an Audi estate. However, there’s not a lot it can’t do.

Need to get somewhere in a hurry? RS 6. Need to bring the kids and family with you? RS 6. Need to pop into IKEA on the way back? RS 6. Track day? RS 6. A trans-continental jaunt? RS 6…

You get the idea, but I am indeed infatuated with them.

That’s before you turn one over into the care of a company like QST. By simply tweaking the software on the factory ECU, and with no physical hardware modifications or upgrades, QST can extract another 110hp and 224Nm (165lbs-ft) from a C8 RS 6.

What happens then when you start making the requisite hardware changes as well? With some Eventuri intakes, Nortech down-pipes feeding into an Akrapovič exhaust system with an AEM water-methanol injection, things start getting pretty rowdy indeed.

However, it’s around this point the factory intercoolers cry enough.

“We were seeing IATs [intake air temperatures] rising to 80+°C on stock cars with a fifth gear dyno pull,” Alex Collins of QST told us. He continued, “At the time there were limited options. We looked into CSF as I know they do some great cooling solutions on the 991/992 Porsche market. They appeared to have the best solution on the market with F1-grade cores and billet end tanks. We got a set in for our shop car, threw them on and instantly gained 40hp and IATs dropped by around half.”

“From then on we have used CSF intercoolers on all of our higher power RS 6/7 builds and haven’t looked back since.”

With the addition of their own custom-developed KW HAS kit, Vossen HF-3 wheels and a full AP carbon aero kit, QST have built a well rounded and unbelievably potent vehicle.

With further tuning of the engine and transmission to make the most of the hardware changes, QST managed to extract another 121hp and 150Nm from the twin-turbocharged V8.

Naturally then, hybrid turbochargers and upgraded MAP sensors are currently in development at QST for those who feel that 831hp is still a bit on the slow side. Lunatics.

Where Fast Audis Come From

Naturally, we were curious as to where this RS 6 comes from, and what else it shares its stable with.

QST have been specialising in German vehicle tuning – and the VW Group in particular – for over 30 years, and call West Sussex in South East England home. The ‘QS’ stands for ‘Quattro Sports’, just as a small factoid.

While QST might be renowned for their fast Audi RS cars, they’re more than capable of dealing with everything from stage one TDIs to twin-turbo R8s.

While still in constant development as QST aim to find the limits of the R8 V10+, this particular car in its previous guise ran a 14-second standing half-mile at 198mph.

More recently, it ran an 8.99-second quarter-mile on an un-prepped street surface with Toyo Proxes R888Rs and around 100whp dialled out of the setup.

It’s a full-weight street car which runs deep into the 2-second zone for 100-200km/h times. ‘Ballistic’ doesn’t even begin to cover it.

A business which was originally started by Kim Collins (pictured) in his parents’ garage over three decades ago (QST have been at their current premises for around 23 years) and now turning out some of the fastest Audis in the United Kingdom is the sort of Speedhunters story we can all get behind.

Naturally, we were keen to pick their collective brains for advice and what the future might hold for QST.

On the subject of what are the most common mistakes people make when modifying their own vehicles, Alex said, “I think perhaps the most common mistake people do is trying to cut corners to save a few quid. The saying ‘buy cheap, buy twice’ really is apparent in this industry. Quality software and hardware really is majorly important to extract extra power and have a reliable and fast upgraded car.”

With their impressive successes with the C8 platform, it’s probably natural then to hear that QST continue to develop their range of C8 products. Alex added that, “We do really well on them, the cars are all really nice and we have a fantastic network of customers who are doing great times on Dragy and are enjoying their cars.”

“Our initial goal was to create the quickest stock turbo car in the UK, we did this, so now we are moving on to the next stage of development as I feel we have now done all we can on the factory turbochargers, so onto hybrids.”

I for one fully embrace the absurdity of making already fast cars, much, much faster.