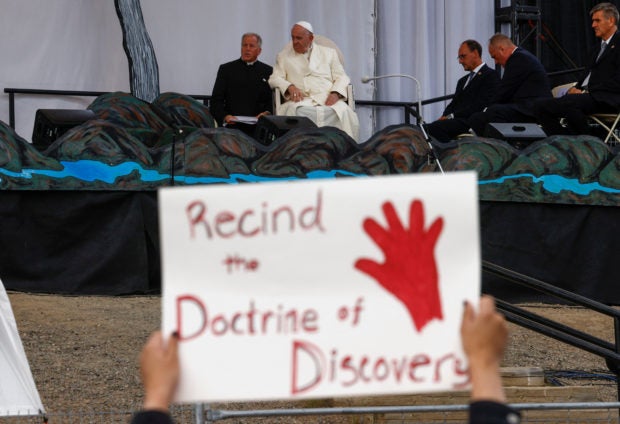 IQALUIT, Nunavut — Pope Francis’s plane landed in the Arctic territory of Nunavut on Friday, the last stop in his six-day visit to Canada to apologize to indigenous people for abuse in government schools run by the Roman Catholic church.

Earlier on Friday, Francis told indigenous leaders in Quebec City that he was pained that Catholics had supported “oppressive and unjust policies” against them.

Then he flew to Iqaluit, Nunvut’s capital, a city of 7,700 that sits among rocky hills overlooking Frobisher Bay, covered in ground-hugging purple flowers and the rare tree. Iqaluit, reachable only by plane or ship, is located too far north for trees to consistently grow.