On Camera, Man Stabbed Outside Mangaluru Shop By Masked Attackers 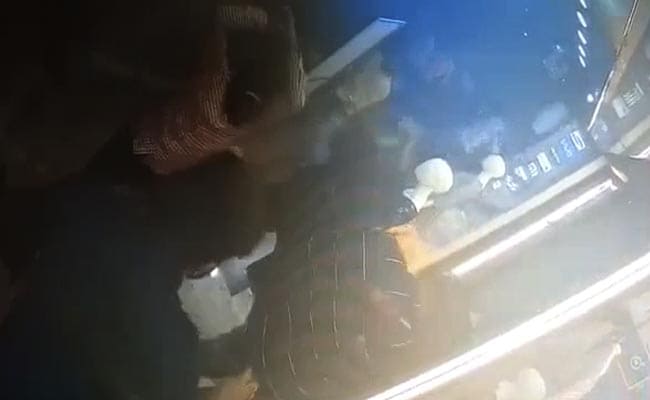 A man was set upon and repeatedly stabbed by unidentified attackers in Karnataka’s Mangaluru Thursday evening. The attack by four masked men was caught in a CCTV camera installed in the lane outside. The police said the condition of Fazil, a 25-year-old, is critical.

Shortly after the attack, prohibitory orders banning large gatherings have been imposed in Suratkal and adjoining areas. The atmosphere in Dakshina Kannada district has been tense after a youth leader of the BJP in Bellare, Praveen Nettaru, was hacked to death on Tuesday evening.

Fazil was talking to an acquaintance when the assailants stepped out of a car and ran towards him, the police said.

The CCTV footage from the lane showed the men — — their faces covered with black cloth masks — attacking the man outside a clothing store. He was repeatedly hit with a stick and stabbed. Even after he collapsed, a mannequin falling on top of him, one of the men continued to hit him.

The reason for the attack is not known yet, and a hunt is on for the accused, the police said.

The state home minister Araga Jnanendra said, “After the murder incident in Suratkal, as a precautionary measure, additional police personnel have been directed to be deployed in Dakshina Kannada district to maintain law and order. Prohibitory orders have been enforced in six police stations.  Anyone who tries to take the law into their hands will be be prosecuted”.