MLB trade deadline: 9 players who could be moved at deadline 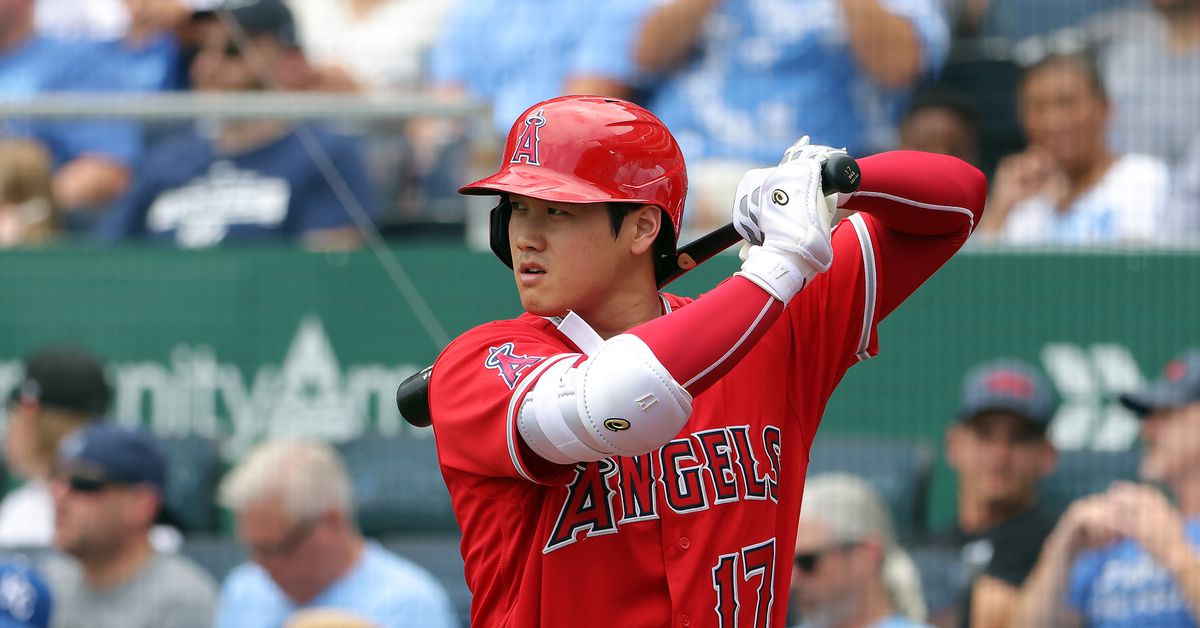 While the MLB trade deadline may not be until the afternoon of August 2, that’s not going to stop teams from getting to work on the trade market before then. Thanks to a newly-expanded postseason and the fact that last season’s World Series champions rode their deadline acquisitions all the way to the Fall Classic, it’s easy to imagine that teams should be more emboldened than ever to wheel-and-deal their way to potential glory.

So with that in mind, who will be the biggest names on the move by the time the deadline comes and goes? It’s pretty obvious that we should start with the two superstars who are rumored to be on the block.

While Soto’s situation has come to dominate a lot of the conversation surrounding the deadline, there have been some rumblings surrounding Ohtani’s availability at this particular moment. Juan Soto is sure to be extremely costly for any team that ends up getting him if a deal is done soon and any deal involving Shohei Ohtani would surely be a blockbuster as well.

While a trade involving Soto seems more likely than ever, it seems like a trade for Ohtani would be pure speculation at this point. With that being said, I wouldn’t completely eliminate it from the realm of possibility — if there is a winner in the Juan Soto sweepstakes, a potential runner-up could decide to move their trade package from Washington’s phone line to the phones out in Anaheim and things would get interesting from there. Still, that’s mostly speculative and while a Soto trade wouldn’t be surprising at this point, a Shohei Ohtani trade would likely break the internet. While Juan Soto is obviously the biggest name on the market right now, he’s got a teammate who could also be leaving town on his own.

Josh Bell figures to be the top first baseman on the trade market right now and for good reason. Bell has picked a very good season to have a career year, as he’s likely played himself into a both a big payday in the Winter and a potential run with a contender once he eventually gets dealt. He’s going to produce whether he’s a first baseman or a designated hitter and while his high BABIP might be cause to worry that a drop-off in production may be coming at any point, his Expected wOBA isn’t too far off of his actual wOBA so Bell figures to be a big-time rental for anybody who may be going after him.

Meanwhile, the best outfielder not named Soto who’s available right now appears to be Bryan Reynolds. Reynolds is coming off of a 2021 campaign that saw him post some eye-popping offensive numbers and while 2022 hasn’t been as big of a season at the plate so far, he’s shown promise in recent days and appears to be rounding back into the form that’s expected of him at this point. Naturally, that means that trade interest in the star Pirates outfield is about as high as it’s ever been. While Reynolds won’t be bringing in a Soto-type haul for any potential deal that takes him elsewhere, it’s still going to be a steep cost to bring in a player of Reynolds’ caliber while he’s still got three full seasons left before he becomes a free agent.

Another outfielder who’s going to be one to watch is Trey Mancini — not so much due to the fact that he could just end up being another Orioles player who got dealt for prospects. Instead, it’s intriguing because the Orioles may actually be doing some light buying at the deadline since they’ve actually played themselves into contention for a Wild Card spot.

I’d imagine that Mancini’s status will depend on whether or not Baltimore feels like they’ve actually got a real shot at getting into the Postseason. If Mancini stays, that’s going to be a real popular move for Orioles fans who have been begging for something to cheer for for a long time now, but if the Orioles end up slipping and he goes then some team will surely going to be happy with a versatile player who can give you some pop with the bat if called upon.

We’re already seeing the start of what should be an active deadline — Andrew Benintendi was acquired by the Yankees in a deal and it would also be a safe assumption that the Royals won’t be done selling either. Whit Merrifield will likely be joining him on the way out of Kansas City, as well. The 2B/OF’s vaccination status is also a hot topic but if Merrifield follows Benintendi’s lead and actually gets vaccinated for a potential Postseason team, then that won’t be an issue. That would be good news for plenty of teams who would love to have him — while his bat is still a question mark, his speed and his positional versatility makes him a pretty valuable trade option as we get closer to the deadline.

When it comes to pitchers that might be available, it would be safe to assume that everybody’s eyes lit up when they saw the first part of this tweet from Jon Heyman which stated that the Marlins were “listening on everyone” — until they calmed down once the second half mentioned that this excluded NL Cy Young candidate Sandy Alcantara. While that dynamo is out of the conversation, Pablo López still seems like an attractive pitching option for anybody looking for some good starting pitching. López has been a reliable rotation arm for going on three straight seasons now and would help any rotation that he would be slotted into. Considering both his production and his contract status, López is one of those guys that could end up on any contender by the time the deadline comes and goes.

Meanwhile, the Reds could also potentially flip two of their starters for some decent prospects going forward. Luis Castillo has been similar to Pablo López in that he’s been consistently reliable for a few seasons now and could be in high demand among plenty of teams. Tyler Mahle may be a tougher sell since he hasn’t exactly been lights out here in the 2022 campaign. With that being said, Mahle has proven that he can be a very effective starter and a team that needs starting pitching could hardly go wrong with adding this right-hander into their rotation and seeing if he can pick it up for a team that has a shot at doing big things.

Relievers like David Robertson, Gregory Soto, Scott Barlow and Daniel Bard are likely to be on the move as well since it’s never really particularly shocking to see relievers on the move on and around the trade deadline.

While there may not be as many blockbuster names in this year’s deadline, this still figures to be an exciting deadline since more teams should be involved in trade talks since those extra playoff spots could prove to be enticing. A potential Juan Soto trade would be the clear headline of this deadline but there’s always the chance that an under-the-radar team could transform themselves into a contender. Either way, the anticipation is very high right now.