I ruined ‘Take Me Out to the Ballgame’ in ’Trombone Champ,’ the best video game 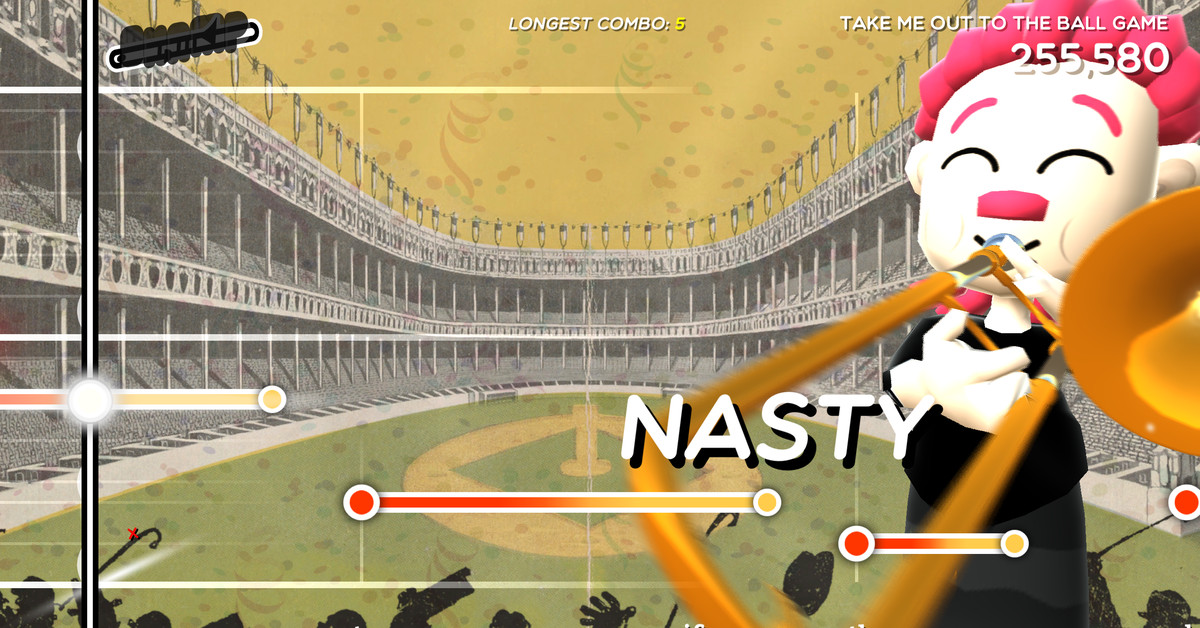 As someone who buys an awful lot of video games — way more than I could ever play — it’s not often that I’m confident I’ll be getting my money’s worth after just five minutes with one. Enter Trombone Champ, the “world’s first trombone-based rhythm music game.”

Released on Sept. 15, Trombone Champ allows you to “Honk, blow, & toot your way through over 20 songs,” and boy does it deliver. I’ve only played the one song thus far, but the sheer beauty in its composition is enough to convince me that this one’s a keeper.

Seriously, just listen to my toots. I tooted the heck outta Take Me Out to the Ball Game, earning a ‘B’ rating on my first try. Try to beat it if you can, but I’m not easily out-tooted, friend.

A big thanks to the folks at PC Gamer for alerting the Internet at large to this gem of a game, as well as its potential as an obvious Game of the Year contender. The mangled (read: beautiful, dulcet) tones from Beethoven’s Fifth Symphony is what made this an instant buy for me and, if you’ve got $15 and a PC with which to play games on, should for you as well.

Fortunately, from a brief glance at the opening cutscene (yes, a cutscene), this game’s got more going for it than “haha funny horn go toot,” though it does, for certain, go toot. The Steam page promises collectibles and some overarching lore in which you will “uncover the mysteries of the Trombiverse.”

I can’t wait. I’ve got some more honking and tooting to do.

How Technology Has Changed How Companies Hire People

How Technology Has Changed How Companies Hire People