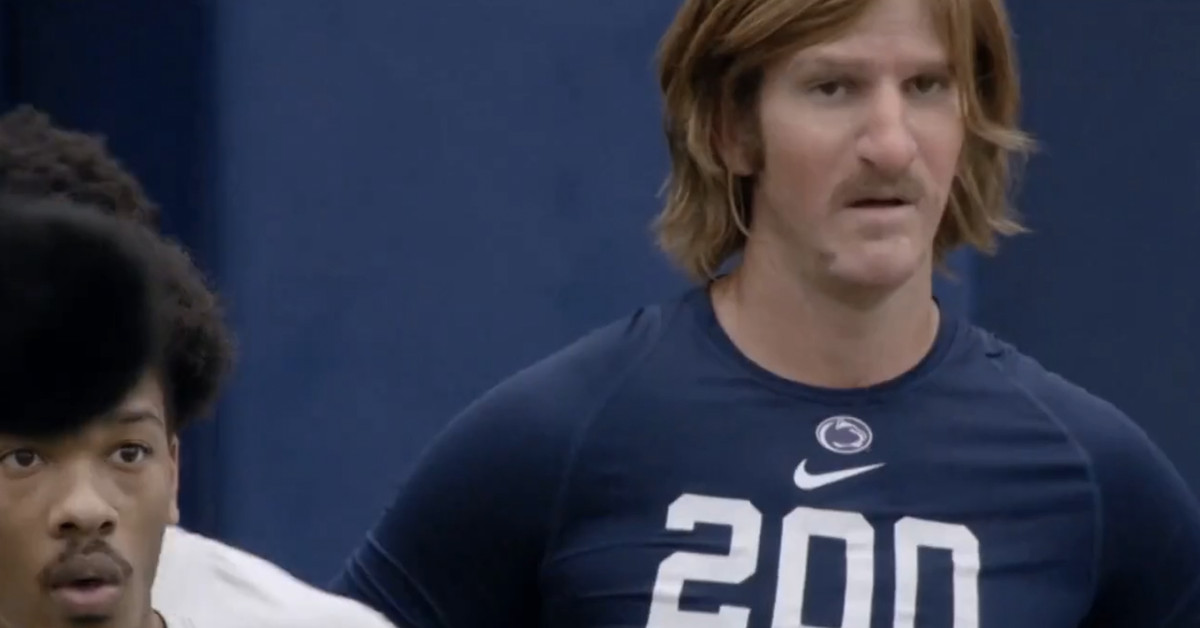 It’s incredible to see just how delightful Eli Manning is since walking away from football. We always knew both he and Peyton had the chops for comedy, with each quarterback hosting Saturday Night Live in memorable episodes, but now the duo is taking it to a whole new level.

On Monday ESPN released a teaser for Eli’s Places, a college football show on ESPN Plus. Normally Manning simply explores the sights, sounds, and traditions and college football — but this time he’s jumping back in … as Chad Powers.

Chad is a remarkable man. He speaks almost exclusively in the third person to amp himself up. When he runs the 40 he repeats the mantra “think fast, fun fast” despite only posting a 5.49. He was also homeschooled, which Powers admits didn’t do much for his education, but was great for becoming a football player where his mom was his coach.

Easily the best part is when Eli, sorry “Chad” puts the ball in his hands for passing drills. The flowing 80s hair of glory gives way to a cannon arm that’s putting the ball right on the numbers every throw and stunning the Penn State staff.

It’s a hilarious bit, and we can’t wait to see the whole thing when it drops tomorrow. For now, we can just appreciate that Eli channeled a personal hero of his.

I need all the Manning content ESPN is ready to give me.

How to Microwave a Sweet Potato

Booking hotel rooms for a group: a quick guide

How to Microwave a Sweet Potato