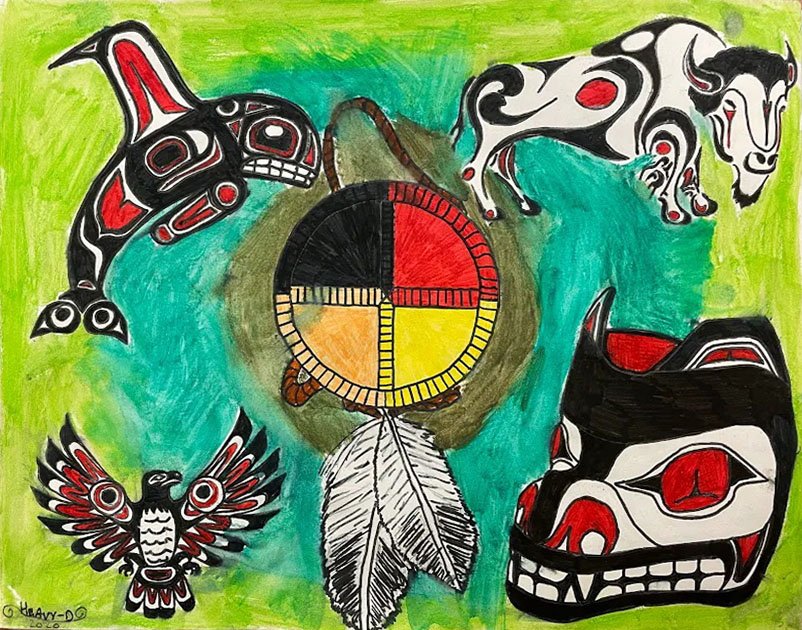 The following is excerpted from UBC News.

This month, the impact of a project that distributed 756 “art and reciprocity kits” to several prisons across B.C. and the Yukon will be showcased as an art exhibit in the Downtown Eastside.

On display will be art on canvas, sketches, sculptures, soap carvings, poetry and more, created by incarcerated people.

How did it all begin?

The project, guided by Indigenous Elders and previously incarcerated activists, focused primarily on Indigenous Peoples and people with mental illness. Hundreds of pieces have been created and shared with the project team two years later – many of which will be part of the exhibit.

Why is this project significant?

“The current initiative entitled ‘ART & Justice’ is an anti-colonial project,” explained Brown. “This means we work with a focus on how historical and ongoing colonialism results in the disproportionate incarceration and criminalization of Indigenous Peoples in Canada.”

Elder Jean Wasegijig says it was an honour to be invited to the ART & Justice project. “It’s important for the incarcerated folks, especially for their healing. Their art is stunning and close to their heart and spirit.”

When and where can I see the exhibit?

The art exhibit, in partnership with Gallery Gachet in the Downtown Eastside, runs July 23 through August 19. To learn more about the initiative or schedule interviews with the project team members, email Temidayo Olayide Ayodele-Oja or Peter Meiszner at UBC Media Relations.